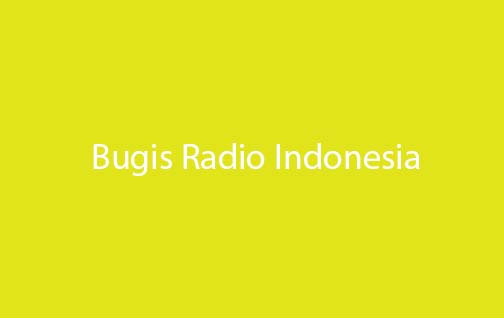 Bugis Radio is one of the best music  stations of Indonesia. It is non-profit channel broadcasting its shows as internet station. There are two streaming running for this channel. One is compatible with Icecast server and other is compatible with Shoutcast. Its main stream is running as 128 Kbps, format is mp3 that is compatible with many music players.

It is ranked as 24th non-stop music station. It is working with the aim to promote and spread the Indonesian musical culture. The broadcast is on aired all the twenty four hours a day to let their listeners enjoy the music for endless time.

There are various shows that are specific to play specified type of music. The mixed playlist includes a mixture of rock, pop, folk and business songs. Happy hour is two hour show in which Indonesian rock and pop songs are played. One hour program is Bugis Hour in which Business folk and Lagu Bugis songs are played only. Listen live streaming online free.