Bein Sport is the global sports channel. Qatari Sports Investments owns this channel. It affiliated with Al Jazeera Media Networks. Nasser Al Khelaifi is the owner of Bein sports channel.
It was  launched in 2012 and it relaunched in Indonesia on July 1, 2013.

Bein sports are one of the channels that are rapidly growing its global footprint. They have launched three high-definition sports channel in Indonesia. It is started in partnership with TV sports rights specialist MP and Silva from Italy.
Programmes and Transmission:

This is also expanded with Telkom Vision. Now it is called Transvision. Its transmission are telecast in United States of America, Indonesia, Hong Kong, Arabic, France, English, Spanish, Indonesia and in Canada ( Online Only).
Bein sports do football coverage. Live coverage comes from the Italian Serie A, French Ligue, the Brazilain National Leagues.

It is the 24 hour English Premier League. It gives 1600 life programming each season. In this 380 Premier League matches per season included. It is called sister channel of Aljazeera. 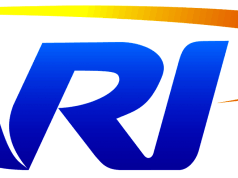